Several national road sections in northern Luzon are impassable to traffic either due to landslides or flooding amid the onslaught of Typhoon Ompong, the Department of Public Works and Highways (DPWH) said on Saturday.

At a press briefing, Public Works Secretary Mark Villar said at least 19 road sections in the Cordillera Administrative Region (CAR) are closed, which include two major roads going to and from Baguio City — Kennon Road and Marcos Highway’s Tuba Section.

Other roads with closed sections in Cordillera are:

In Region 1, all roads are passable except the Tagudin-Cervantes Road as the clearing operations are still ongoing, the DPWH chief said.

In Region 2, four sections of Daang Maharlika are now open to traffic as well as the Bambang-Nueva Vizcaya Road.

Meanwhile, the Dalton Pass, which was closed due to a landslide, has one lane open and “the second lane will be opened shortly.”

“Santiago-Tuguegarao Road is now passable, clearing operations have been completed. Ang Itawes-Overflow Bridge in Cagayan is still not passable due to flooding,” Villar said.

“All sections have ongoing clearing and you can expect marami sa mga closed will be passable within the day,” Villar said. — MDM, GMA News 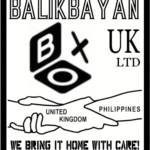